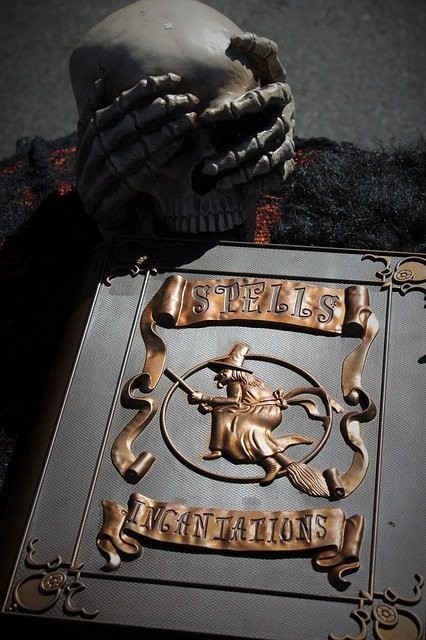 Because I try to focus mainly on teaching new people the hobby that is tabletop role-play, I try to minimize my homebrew rules. I don’t want to overwhelm them with even MORE material than they have. However, over the years I have developed some of my own in addition to borrowing some from other tables or incorporating rules from other table-top games or past editions of Dungeons & Dragons. Herein you will find the homebrew rules I often use at my table. The two that refer to character creation have been very popular and are among my favorites.

This is a game of collaborative imagination. Adding to the game bits and pieces of your own creation while you play with other like-minded people is one of the many joys of this hobby.

Homebrew is anything created by someone that is not considered the official publisher. In the case of Dungeons and Dragons 5E official books, such as the Player’s Handbook, this is NOT homebrew. However, two of my most indispensable books – The Creature Codex and the Tome of Beasts are both written by “unofficial authors” and published by Paizo Inc along with Kobold Press. (This is how I knew they would be good – top quality stuff from those folks over the years). But I digress. Unarguably, the amount of unofficial material with respect to official material is staggeringly overwhelming. It’s a veritable ocean of material, and you need to be careful what you incorporate into your game. I’ll speak about setting precedent in one of my DM guides later. For now, it’s important to at least follow a few “rules” regarding homebrewing – for the benefit and sanity of all involved. 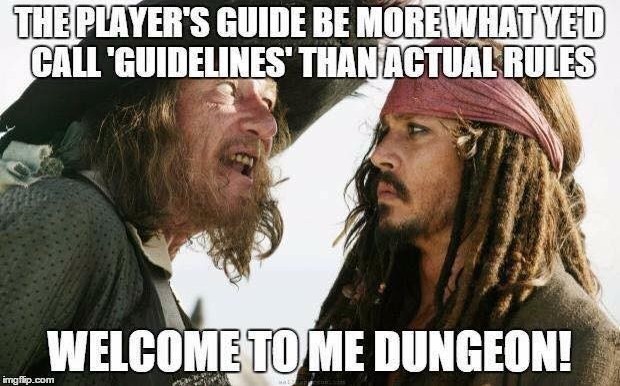 I try to K.I.S.S. as much as I can (keep it simple, stupid) – especially in the spirit of fifth edition. One of the primary goals that the game designers had was to keep things streamlined while still providing reliable guidelines for play. For you and your table, a certain rule may seem pointless or unfun (like the encumbrance rules for so many tables) and so it’s easy enough to eschew rules like that. Alternatively, you could just give everyone a Bag of Holding – but let’s not and say we never will.

Sure, it may not be realistic to carry around 6 suits of full plate armor that you just looted off of the caravan delivery that was meant to go to the Allfaith Temple in Red Larch; but hey, they were just NPCs and we caught them telling a little fib… “They had to burn.”

But let’s not focus so hard on “what’s realistic” since we’re sitting around a table playing a game with dragons and floating eye beats that can disintegrate. You have to keep in mind the in-game reason with respect to the game design reason. The Player’s Handbook along with the other source books don’t really explain their reasoning for a lot of the rules. To that end, without contemplative thought, some things just might seem stupid to you and those at your table. For example, I think it’s stupid that Insight is a lie-detector test that the whole party can just used to throw dice at the NPC and magically ascertain the truth from an NPC. I understand why the skill is available from a design perspective, so instead of getting rid of it altogether, I’ve merely homebrewed it.

And now there’s at least 4 of these.

If a rule doesn’t make sense to you, zoom out a little and look at the bigger picture with all the other moving parts involved. Consider the fact that somebody thought it was a good idea (never mind the fact that somebody also said in a board meeting “Hey, let’s make a movie about a tornado full of sharks.”), and that idea was considered as well as play-tested while considering other alternatives. If you can, find people that like the rule and gain their perspective. Maybe open a dialogue.

For example, I had a brief foray into the Variant Rule of Encumbrance from p. 176 of the Players Handbook:

This proved to by quite punitive and unfun because you often very quickly become encumbered and nobody likes the idea of losing 1/3 of their movement speed.

I removed the variant rule and allowed players to change their stats around based on the new (original) rule.

Writing Your Own Homebrew

This can be a daunting task if you approach it while in the wrong head space, and don’t feel obligated to do so: there’s plenty of material out there to use already. If you see this as a creative outlet, or a way to “fix” something that you disagree with in the rules, then by all means, go about it. If you want to type up your own, The Homebrewery does a fantastic job of providing the layout for you if you want to make it blend in with the other source books. Alternatively, you could try GMBinder.com which still seems to be in development, but is functional nonetheless.

Homebrew material isn’t just rules – thankfully. You can find or manifest your own classes, races, feats, abilities, magic items, monsters, locations… anything. As I said above, there’s plenty of material out there that’s available for purchase as well as free. There’s even a Wiki that I won’t link because I despise it and it’s barely curated and terribly unbalanced more often than not.

That being said: feel free to have players play classes that they find (and players: feel free to ask your DM if it’s OK ahead of time). Typically, you’ll just share the information regarding the class and move on. As a DM, I often add the disclaimer that “I reserve the right to veto or change anything regarding the homebrew (or anything at all really – who are we kidding here) if I think it’s unbalanced.

Being “OP” or unbalanced doesn’t bother me usually, because if the players have access to something like that, then the enemies can eventually learn to counter it (after the players have had their fun) or the NPCs can just gain access to it themselves. No, my main concern about “balance” is that homebrew rules don’t create unfair situations wherein it leads to one player completely overshadowing another’s capabilities, or the entire party’s. This is a group game – so try to keep it fun for everyone.

Pitfalls to Avoid (From a DM’s Perspective)

Anything that isn’t a race or a class is much safer to play around with.

Before even allowing a class or race, consider whether something already exists that can just be reflavored or have a new skin put on it. For example, I had a player want to play a gnoll. They DO exist in the Monster Manual, but they are not considered an official player race. We could have added a homebrew race… but instead I had them use the Lizardfolk race from Volo’s Guide to Monsters as a base. It wasn’t an ideal tool, but it worked. All they mainly wanted to be able to use was the bite attack and live a short life due to the gnoll’s short life span. I guess it’s the whole dog years thing?

As you can see to the left, you can quickly get in over your head. I’d show you a picture of that… but it would have just been a picture of dirt.

The same applies to homebrewed classes. Quite often a homebrew class can just be built from the preexisting classes. The trick is to get creative with the flavor of how the actions are described or rethinking the source of the power. Focus less on the actual name of the class/ability. A Battle mage could easily be created from the Eldritch Knight template, or a clever multi class of a couple classes. If the player wants to be the class because of one specific ability or mechanic that’s introduced with the homebrew, it’s easier and safer to provide them a magic item that grants them that.

These rules do NOT apply to those of Human or elven heritage, (Elf, Half elf), – but I may allow exceptions for certain, very creative, builds.

That’s It For My 5E DND Homebrew Rules

I’ve made other calls in the past that I’m sure I’ll come back and add here. For example, I think Druids that Wild Shape into an Octopus should definitely get more than one attack. I mean… they could go as high as making ten tackles in a single round. Get it? Ten tackles? But serious… a thing with 8 legs should be able to attack more than once. Yes, I’m contradicting myself in regard to considering the “don’t worry if it ACTUALLY makes sense” rule… But it’s my rule, and it’s another takeaway from this lesson – do what YOU want, but have reason.

I’d be more than happy to answer any questions and elaborate on my reasons for my changes or answer potential homebrew questions.

Now Let’s hear from YOU!

What are some of your indespensible homebrew rules? What are the worst ones you’ve heard of? Ask questions, make suggestions!

DM Patrick is a 20-year-hardened veteran of the awesome world and hobby that is table-top gaming. His primary passions include DMing for new players and bringing people into the hobby. He considers himself a "RPG Game connoisseur" and a master of none due to the fact that he's tried so many (both table-top and video games). He's been a full-time DM now for nearly 5 years and intends to remain the "Forever DM" for as long as he can survive because he's so passionate about what he does. By day, DM Patrick removes his DM screen and is known to the world as Patrick Flynn. He's a 35-year-old former Navy Submarine veteran from Ocala, Florida. If you want to know more about Patrick, roll investigation.

Join Us On Discord

Roll Up A New Character is a participant in the Amazon Services LLC Associates Program, an affiliate advertising program designed to provide a means for sites to earn advertising fees by advertising and linking to Amazon.com.