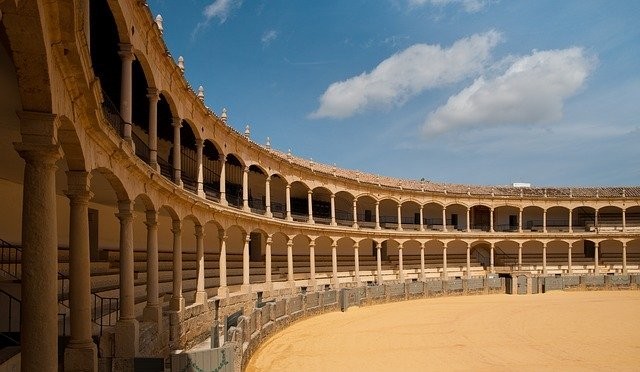 Ever wondered how to run some arena-based DND PvP? Here you will find the Rules of the Battle Royale! Sure, some people might spell it without the “e” – Royal. But, when I looked it up to verify the accuracy of the spelling the interwebs told me it sometimes has an “e” at the end… Therefore, I decided to ignore the definition I found in Merriam-Webster:

“an egg custard cooked and set in a mold, cut into various shapes when cold, and added as a garnish to clear soups.”

Glad we cleared that up.

Herein are rules that I have developed, and still sometimes change, regarding my Battle Royales that I run. If you are interested in joining, just fill out the form below! Yes, I play Dungeons and Dragons online. This can be done at any table, though – and it may even draw a crowd.

What Is This “Battle Royale”?

It’s a fantastic way for my players to try new builds out, see new spells, and fight new monsters and other NPCs. While it is done until the last man is standing, and there’s no story, and very little role-play… It’s still quite fun. It sounds awful, I know, and it’s terribly against the “spirit” of what people come to this hobby for. I empathize, and a couple of years ago I would have totally agreed with you. However, your fun isn’t my fun and who are we to say how other people should enjoy their fun? 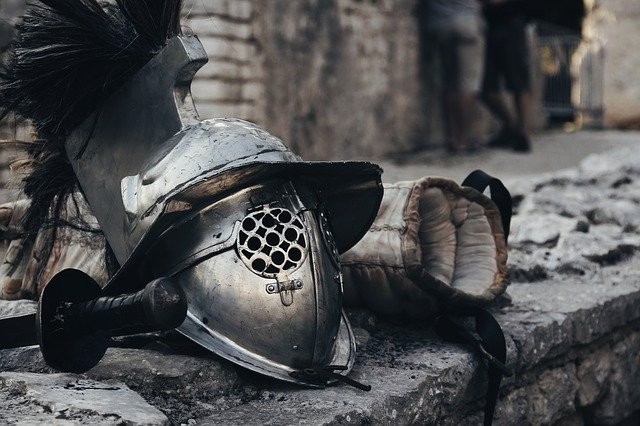 As I stated above: it’s a great way to experience a lot of things that don’t normally come up in “regular” play. It’s my version of weekly one-shots that people don’t have to commit to and they can hop in and hop out from week to week without worry of having to remain dedicated or devoted to a specific day or group.

Players pick from approximately 30 pre-generated level 4 characters representing nearly every class and subclass. If we don’t have one represented, then it’s because nobody has expressed interest in trying one out yet. I often allow players to build their own character and test it out as well. Rules are a little more strict for this than I normally allow for my “regular” campaigns in order to prevent things from getting wildly out of hand.

“But Player VS Player Never Works Out!”

Yes, thank you dear Redditor. But this type of PvP isn’t what I’m talking about, and I don’t foster that type of play in my weekly campaigns, either. The players that participate in Battle Royale are all there to have their characters fight, slay, stab, blast, burn, eviscerate, and otherwise make the other characters have a bad time. We keep it light, and we HAVE FUN.

In No Particular Order

*Sexy Disclaimer: These rules may not be entirely inclusive, other things may be added in the future based on game play precedent.*

*Sexier Note: There is a lot here, and I don’t want players coming to the table unless they’ve fully read this document and understand what’s presented. I’ve strongly worded a few parts for emphasis based on what I deem important and from literally thousands of hours of running games. Because I use Fantasy Grounds for Dungeons and Dragons 5E, that’s what these rules pertain to. But they can easily (this is intentional) be used anywhere.*

This is almost exclusively player VS player stuff. If you make sub optimal choices based on RP, you will be awarded inspiration or some other boon as the deities and demigods that are watching you approve.

Be Familiar, But Don’t Be A Familiar

You should be familiar with the rules as well as Fantasy Grounds ahead of time. There is a 2-minute turn timer that I try to adhere to unless we need to pause briefly for some important reason, or an arbitrary one that I deem important. Speaking of familiarity, it would behoove you to check out the pregens AHEAD of time, that way you know which ones you want to play as well as the capabilities of other builds.

1. Communication is done over Discord and Push To Talk (PTT) is mandatory unless you make an appeal to me privately. Once players have established a rapport with me, I’m much more likely to drop this rule for individuals. I once had a player (yes, YOU, MARIO) that loved to have his parakeet sit on his f&^%ing should the whole game when I used Team Speak and I never want to have to relive that again, nor subject other players to it. Please, forgive my prior curse symbols – that guy triggered me. Ask me about him one day. He was my #1 most disliked player until I met “Sixx.” 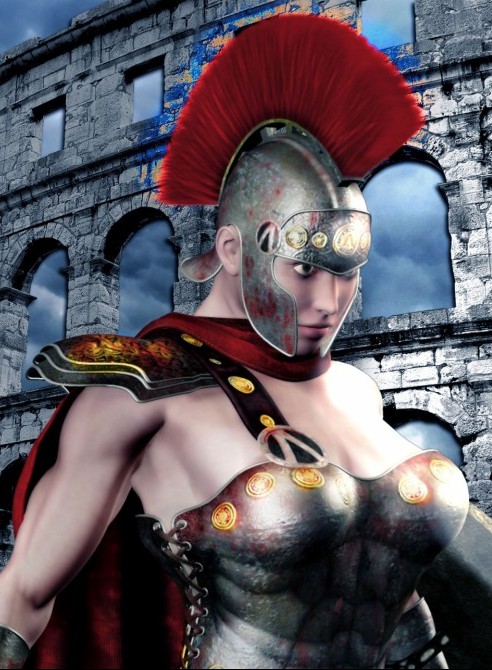 2. Player Count is limited to 8 people. This assumes a 4-hour session and we should finish during that time. If it looks like we may end before an official victor stands among the fallen, then the gods that are watching the arena match will take strides to equally damage everyone so that the match will end on time and they can go back to playing Sims 4.

I prefer to have no more than 4 characters. This allows us all enough time to play 3 or 4 matches before the session ends. If we get an even number about 2, playing on teams is also an option.

4. Ammunition is recovered in accordance with the Players Handbook. You get half your arrows/bolts/darts back at the short rest (I’ll discuss the Short Rest in a bit). Permanent items such as daggers and hand axes that are thrown are always recovered unless they get teleported into an extra dimensional space or something else prevents you from getting it back. NPCs may pick them up (I’ll discuss NPC spawning in a bit), or other characters may retrieve them first. That monk you threw the javelin at may want to return it to you with love.

5. Announcing Spells: Magic Missile and other spells (and attacks) that have multiple simultaneous targets must be announced prior to the attacks being made. The exception to this is if the spell dictates otherwise (like Eldritch Blast).

6. Short Rest: I will roll randomly to determine when during the match a Short Rest will occur. It will then happen at the end of the round. During this time, no time passes. Therefore, conditions, spells, or other effects will not expire. This is an instantaneous respite granted by the gods. Characters may roll 2 hit dice and benefit from the Short Rest in any other way their class might allow them do to do so. For example, a Wizard can benefit from Arcane Recovery while the Druid gets to get back all of their Wild Shape uses. 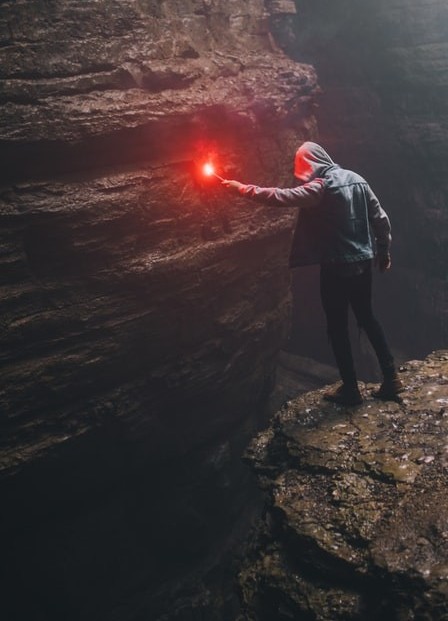 7. Initial Loadout: Every one starts with one healing potion and one inspiration. You must announce before you attack or make your death save (or in any other way try to use inspiration) that you are using your inspiration. You may not roll an attack, miss, and then use your inspiration to reroll the same attack. You may be awarded up to 3 points of inspiration simultaneously. I encourage players to award other players inspiration when they are impressed by tactical decisions, bravery, or even sub optimal choices due to role-play. It draws us all together and gives that person a nice “warm fuzzy.”

If a player wants to award inspiration, the majority of the participants or viewers must agree.

8. Dodge: You may not take the dodge for two consecutive rounds or more. Otherwise, it becomes a stalemate of gladiators doing the Macarena in the middle of the arena. If I wanted to watch something like that, I’d go watch A Night At The Roxbury.

9. Readied Actions: They just aren’t permitted due to the convolution and complexity it adds. Sorry, no peasant rail guns here.

10. Duplicates: Once a pregen is chosen, it may not be chosen by another person for the same match.

11. Flanking: This is a variant rule that I may allow at some point. For now: there is no mechanical benefit acquired from flanking.

12. Falling to Zero Hitpoints: Other characters may attack a fallen combatant, which will cause them to fail a death save. You roll death saves just as you always would. If you roll a 20, you get to take your turn as usual with 1 HP. Make all who struck at you cower in fear as you come back from certain death and get the actual last killing blow. If you stabilize then nothing happens unless someone else heals you. If you die, then you’re dead. If you are stable and we take the Short Rest (number 6 above), then you get to roll 2 hit dice and join the fray once more.

13. Cover: Firing through one creature is partial cover, two creatures is half cover, and three or more is full cover – therefore not possible.

15. The DM is the final arbiter of rules. I will allow you to state your case because I know I’m not perfect. However, once a ruling is made – it’s settled. If a conversation needs to happen after the session, then I encourage it because part of why I run Battle Royale is so I can become more familiar with the combat mechanics.

Flow Of The Game

We pick our characters and make any necessary changes such as

I then reveal the map and explain the terrain features after which there is a brief time for Q&A to ensure we have as much clarity as possible.

There are runes on the ground throughout the maps; they will either provide you a boon (like extra ac/damage/healing), or spawn a random NPC. Consider them strategic locations to hold on the map. I will also reveal to you the tables I roll on so that you can have an idea of what’s in store. You may only trigger a rune once per turn.

During short rests, you can spend tokens you might have earned from last-hitting NPCs.

Prepare Your Bladder For Imminent Release!!!

Because you’re in for a chaotic ride. I agree this isn’t the best way to play Dungeons and Dragons according to most people – but it is ANOTHER way to have fun with the hobby. At the end of the day, once our shift ends at the Taco Bell, that’s what we’re here to do.

I’m also fielding other variant methods of play – such as Survival Mode and NPC Army (still workshopping names). PLEASE leave a comment below if you have any suggestions or questions. We’d all love to hear from you in order to exchange thoughts and improve play. I didn’t come up with this all on my own. It has been a collaborative effort from many hours of play testing within my tight-knit community.

DM Patrick is a 20-year-hardened veteran of the awesome world and hobby that is table-top gaming. His primary passions include DMing for new players and bringing people into the hobby. He considers himself a "RPG Game connoisseur" and a master of none due to the fact that he's tried so many (both table-top and video games). He's been a full-time DM now for nearly 5 years and intends to remain the "Forever DM" for as long as he can survive because he's so passionate about what he does. By day, DM Patrick removes his DM screen and is known to the world as Patrick Flynn. He's a 35-year-old former Navy Submarine veteran from Ocala, Florida. If you want to know more about Patrick, roll investigation.

Join Us On Discord

Roll Up A New Character is a participant in the Amazon Services LLC Associates Program, an affiliate advertising program designed to provide a means for sites to earn advertising fees by advertising and linking to Amazon.com.